A Word on Brigades

In November 2012, the U.S. State Department issued a travel warning for parts of Honduras, including the states where Tegucigalpa and San Pedro Sula are located. Intibucá was not named in the travel warning.
On February 19, 2013, U.S. Ambassador to Honduras Lisa Kubiske tweeted: “Proud to meet the Public Health Brigade from my alma mater Brandeis. Look forward to seeing more volunteer groups soon.” How should we react when the State Department issues a travel warning, but the Ambassador encourages brigades to come to Honduras?
Honduras is certainly not without its problems. For generations, there have been problems with political instability, corruption, and violence. Over the last two decades, the country has seen a rise in drug and human trafficking. For the most part, Intibucá has avoided much of the violence associated with Tegucigalpa, San Pedro Sula, and the North Coast. Intibucá has problems, but currently they are largely limited to alcohol, ongoing family or business disputes, and domestic violence.
The safety of brigades visiting Shoulder to Shoulder remains our number one concern. As a result of the travel warning, we decided to temporarily suspend certain brigades, including less established brigades and certain undergraduate programs.
Brigades associated with Shoulder to Shoulder are subject to rigorous safety checks, including undergoing safety training and passing a test prior to visiting Honduras. When the brigades are away from our service areas, they stay in secure hotels and are supervised by both US- and Honduras-based brigade coordinators.
In our 23-year history, we have never had a violent incident involving a brigade member. Still, we remain vigilant with our brigade members. The brigades sleep securely in one of our two CMI clinics or one of our three affiliate clinics. Fieldwork is performed under the supervision of our Honduran doctors and nurses or American brigade leaders.
We recognize that brigades play a central role in the education of both US and Honduran practitioners, and have formed the basis for many a practitioner’s desire to volunteer, contribute, or practice in needy areas worldwide. Brigade alumni remain our most vocal advocates.
Honduras, the United States, and Shoulder to Shoulder remain committed to fostering individual development in a safe environment. For more information regarding our brigades, please e-mail Scott Reinstein at scott@shouldertoshoulder.org. 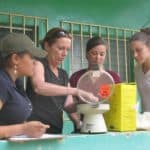 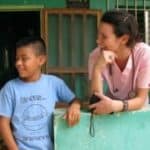 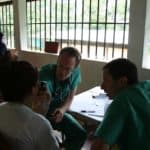 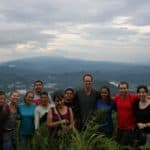 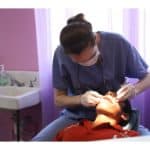 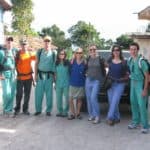 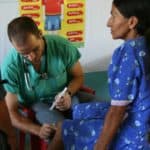 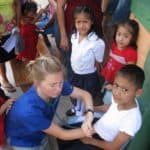 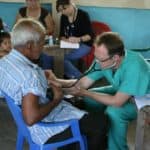