For the majority of my life living in the States, I absolutely loathed February. This is indeed my personal bias, but I’ll state my arguments anyway. Being a New Englander, it is very cold and raw in February. It just makes the winter too long. March brings the possibility of an early round or two of golf, but February just has to be endured. For sports fans, February is also a complete wasteland. Oh yes, there is the Super Bowl, but that use to be at the end of January until they made it the first Sunday of February to allow for extended play-off games. Still, after the Super Bowl there is nothing of import (except perhaps badminton games) until college basketball’s March Madness. February is so far away from the beginning of the school year or graduations. And who would ever get married in February. They put Valentine’s Day in February to trick us into believing it has some worth. Besides all that, February is just strange as a month. It doesn’t have enough days, and then its days correspond to March’s days exactly, like Groundhog Day only extended. Then there’s leap year that messes everybody up. I guess the only thing February has going for it is primaries and caucuses for the political junkies in an election year like this one. I’ve never been much of a political junkie. February has just always been difficult to get over. 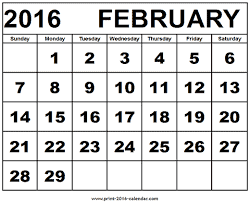 But here in Honduras, February is a completely different experience. It is the end of school vacation, school begins on February first. Because the Christmas season is overly extended here, it is also the end of the Christmas season (I don’t think they have yet taken down the crèche in the central plaza in La Esperanza). We are now already in the heart of the dry season and summer is beginning. Yes, summer! The days will get drier and hotter, much hotter. With school in session, sports get really serious, especially fútbol (sorry, soccer), kids in full force running up and down the fields. Here, February is anything but boring. It is an amusement park ride and everyone is jumping on. 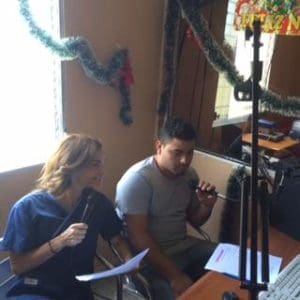 Ever Bonilla and Angela McCaskill on the radio advertising the brigades

Many of those who are jumping on the February roller coaster are the Shoulder to Shoulder mission trip participants. Whether it is because February is such a grueling month in the States, or because February rocks in Honduras, we have seven brigades scheduled in this all too short of a month, even with the extra, leap year day. One-hundred-three otherwise unknown gringos will come and leave their mark upon the soil of Intibucá over the next 29 days. This is great! This is exciting! We are so much looking forward to it. But at the same time, it means an incredible amount of planning and work.

So for all of you that will be sitting around your house feeling sorry for yourselves as the month of February drags on and on, we invite you to think about coming to Honduras. It’s the place to be this February.