It’s a time of celebrating around the world. The celebrations are different according to where you are.  Thanksgivings are a bit difficult here as it is just another Thursday. Still, we celebrated it on the following Sunday with some friends from Colorado State University. They had the onerous task of picking out the live bird and carrying it to its sacrificial end. No presidential pardon in Honduras. Our celebrations have picked up since then. December 8 is the Roman Catholic feast of the Immaculate Conception, and as this is the feast day of the town we live in, we experienced a whole week of “fiestas patronales.” We began with a parade where our Shoulder to Shoulder car was one of six “carrozas,” or floats. We came in fourth for the competition (next year we’ll dedicate more energy to decorating), but the young woman who we sponsored as the candidate for town queen actually won the competition, the Shoulder to Shoulder Queen of Concepción. We had a “Rueda Chicago,” Ferris Wheel, in town that we rode upon. It was stacked up on tree stumps, and as it turned, it rocked a bit. The policeman standing next to it, however, told us it was perfectly safe, and why would anyone not believe a Honduran policeman. The Christmas season has officially started as of today, December 17, with the “aguinaldo,” the nine days before and including December 25. We weren’t aware of this until 4:00 AM this morning when we were joyously awakened by the sounds of sonic boom firecrackers, followed by a tone-deaf band. But there are celebrations here at this time of year that are truly joyous that simply don’t happen in the US. 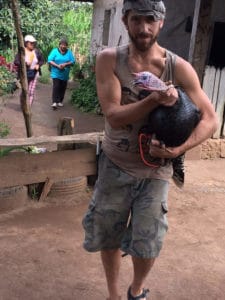 Here, as the school year here runs from February through November, we celebrate graduations. The schools pull out all the stops to enliven their graduation events with extreme fest. Our kindergarten class held its graduation on November 28. Believe me, I have never seen anything cuter than a five-year old dressed in cap and gown proudly clutching a diploma. Our celebration with excessive pomp and circumstance looked about the same as hundreds of other kindergarten graduations throughout the Frontier of Intibucá. But, the difference between our public school and all the others is the superb education and the mastery of English amongst our students. This would not be possible without the commitment and fidelity of our donors. It is with enthusiasm and gratitude that our students, and their parents, realize the dream of securing an excellent education and an opportunity for success. 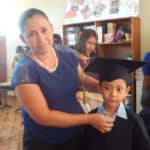 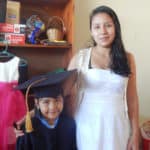 Graduations were not only celebrated at our bilingual school, but at many middle schools and high schools throughout the Frontera. Thirteen young men and women, having been supported by our scholarship program, graduated from High School this year. Education and a high school diploma are taken for granted in the United States. Here, that is not the case. Public education is said to be free, but when you add up the costs of materials, uniforms, transportation, and other incidental costs, education beyond the sixth grade is simply too great of a financial burden for most families. With the generosity of our donors, many families are given a priceless gift. Children are given an education, an opportunity to journey along a road that takes them from the despair of poverty to the hope of a successful career. The students who receive scholarships through Shoulder to Shoulder’s donor program are committed and intelligent. They have all the tools for success, but lack the resources to achieve it. But you and we have shouldered with these students and their families, and this year thirteen of them have realized a milestone that would otherwise have been impossible. 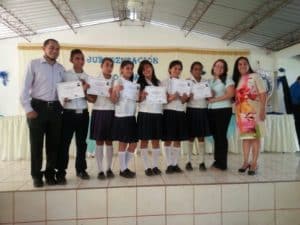 If you would like to read more about these graduates and the accomplishments of other students receiving scholarship support, please follow the links below.