Is it a Miracle?

The UHMLA (Unidad Hospitalaria Móvil Latino América) has completed its second, successful surgery brigade in La Esperanza, working collaboratively with Shoulder to Shoulder and the hospital HEAC (Hospital Enrique Aguilar Cerrato). They’ve made me think about miracles. At least initially, my consideration of miracles had nothing to do with the incredible work they did. Laura and I met up with them at their hotel in La Esperanza on their second night, the night of the Super Bowl. They, mostly from New Jersey, were expressively routing against the New England Patriots. Laura and I are from Massachusetts; therefore Bill Belichick and Tom Brady are practically members of our family. For three quarters they were gloating big time, while we, with nothing more than a field goal, a touchdown, and a missed extra point, suffered their premature celebrations. Of course, you know how it turned out. It got me thinking about miracles.

I don’t believe in them, miracles that is. Life is too rich in its ordinary unfolding to wait upon supernatural interventions. But I do believe in the extraordinary. I believe that when people come together facing seemingly immovable obstacles; when they focus their talents, energies and wills on achieving something good; when they refuse to be thwarted by the refrain “that’s just the way things are and you can’t change it;” then the seemingly impossible happens. If you choose to think of that as a miracle, well so be it. I just prefer to think of it as the best of who we are, the unrealized potential of the human spirit when we act towards one another with compassion and in justice. This is what the UHMLA surgery brigade accomplished. They too made an unbelievable Super Bowl catch, and the seemingly impossible became a reality.

Shoulder to Shoulder and the hospital had candidates prepped and lined up for their surgeries before UHMLA ever arrived. But on Sunday, their first day for pre-op and screening, hundreds more arrived. There are heart wrenching stories here of people who have been living with pain for decades. For so many reasons, they simply can’t get the surgeries they need. So they lined up at the hospital. If you’ll forgive me a reference to the bible and a well related miracle –  “Here is a boy with five small barley loaves and two small fish, but how far will they go among so many? (John 6.9)” To see so many people with such intense need, but to lack the resources to respond, the members of the surgery team felt disheartened and overwhelmed. The task they faced was certainly impossible. Still, they committed themselves. They worked every day they were here from 7 AM to 9 PM with little rest. At the end of it all, the impossible happened.

Don Jeronimo, a 70 year old war veteran who had lost his arm in battle, suffered a hernia. He walked to the hospital from a neighboring town because he did not have the bus fare. His surgery was scheduled for Tuesday. He would not have enough money to go home and return. We put him up in a hotel along with another couple in a similar circumstance and asked them to watch out for one another. All three arrived for their surgeries on Tuesday. Another woman in her fifties came with a full uterine prolapse. The gynecologist on the brigade made her a top priority. The smile on these persons’ faces, having lived so long in pain and discomfort to have now found relief, was sufficient compensation for the brigade. 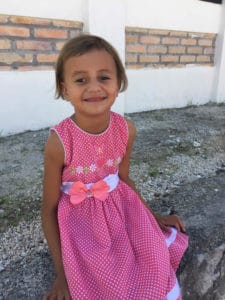 This little girl is seven years old. She is full of life, but a birth defect has left her incontinent and her body is unable to retain sufficient nutrients for her to grow. The surgery she needs is complex and can’t be performed locally. Dr. Rolando Rolandelli has committed to bringing her to the US. 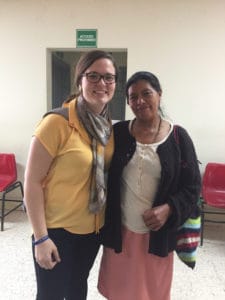 This woman had her successful surgery last year. She heard about the brigade coming back this year so she returned in order to thank them. Good job!

Dr. Susan Kay taught one of the local doctors, Dr. Mario, how to remove this boy’s growth on his face.

Incredible things were accomplished during this surgical brigade. Miraculous? Well, for those who lived with conditions they imagined they would die with, perhaps the term fits. Yet, with good-willed, determined individuals coming together out of a compassionate and just response, working aside Shoulder to Shoulder and the talented social services doctors and medical professionals at the hospital, I prefer to think of it as overcoming the obstacles and making the impossible happen. Thanks UHMLA for your talent and dedication. We look forward to more amazing catches at the Super Bowl. 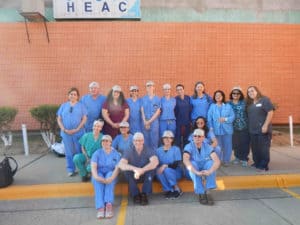