Laura and I are in our fourth year in Honduras and have been with Shoulder to Shoulder just over two. We’ve seen many changes in that short period of time in Honduras, on the Frontera of Intibucá, and even in Shoulder to Shoulder. We look at our job as trying to steer those changes in such a way that they help the people of the Frontera to better the circumstances of their lives, and ultimately find clear paths to the healthy development of their communities. We do not do this on our own. There are a lot of partners that share in that vision and mission, shouldering the movement toward development. A substantial part of our job then is to keep our partners excited and committed, while at the same time draw others into the mission. 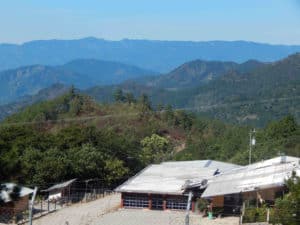 One partner that’s been with us for a very long time is Virginia Commonwealth University (VCU). They have built strong relationships with the people living in and around the small community of Pinares. They built the clinic there and have been visiting the community three times a year for a very long time. Dr. Thomas Ball, recently here to continue the provision of much needed medical care, told us he’s been coming to Pinares for the last ten years. He’s seen some changes too, many more than Laura and I. One for which he is quite pleased is that the road to Pinares is now entirely paved, a hopeful symbol of the healthy development that VCU and StS hope to see continue for Pinares.

The thing that has always impressed me about VCU in its ongoing relationship with the community of Pinares is the stability and sensitivity of commitment. VCU has become a part of the family of Pinares, their home town doctors if you will. A few years ago, I asked a leader why they did not build nicer dormitories for the brigade teams that come regularly. They built a state-of-the-art clinic, but they sleep in tents at a well-worn schoolhouse down the road from the clinic. The answer was that they wanted to live as the people lived while they visited them, and that they preferred to spend their resources on the provision of direct service. That pretty much sums up the sense of commitment in relationship that VCU has invested in the people of Pinares. 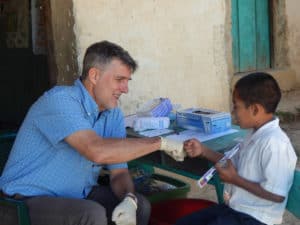 Even so, VCU has recognized that their mission is not one they can claim as exclusively their own. They have need to call others to share in that mission as it is a long journey of service. They have found a committed partner in Fairfax Family Practice Centers and have founded an NGO, SAGE, to maintain focus and resources in the Pinares communities. Their mission is ongoing because they have been open to the inevitable changes time brings and the need to draw others into the mission.

I saw this in the most recent visit of VCU. The presence and familiarity of VCU as part of the Pinares community is the root for the service that is delivered during the brigade experience. Dr. Ball, with the strength of ten years experience, planned for this November brigade. He thought it would be a very modest and small brigade as it has become harder and harder to find the medical students, and providers to invest in such an experience. But with the rootedness that is the sustained relationship of integrity between VCU and Pinares, new branches have sprung forth. Jamaica Hospital Medical Center had contacted us looking for a brigade experience for residents. We hooked them up with VCU. A young man having just finished high school also contacted us looking for a brigade experience. We hooked him up with VCU. Dr. Ball wanted to bring a pharmacist with the brigade. A young pharmacist from a local CVS answered the call. The small brigade of two physicians and three medical students doubled itself with the addition of four providers from Jamaica Hospital Medical Center, an enthusiastic volunteer, and the CVS pharmacist. The old, the stable, the committed found a new thrust of energy in those willing to join in the mission. 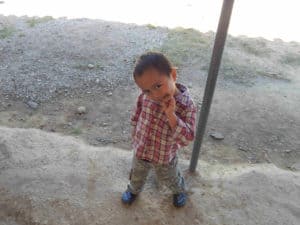 Growth, movement, progress, and development are rooted in committed relationships. Those relationships bring about a sense of familiarity, the comfort of what we like to define as home. VCU has certainly found a home at Pinares among the people they have so faithfully served for years. But years and time imply change and growth. In development there is no place for complacency. We need to search out the new to enhance and enliven our relationships. This road to development is well paved.