Writers are dependent on muses who are often fickle and unreliable. Sometimes, after a medical mission trip, I suffer through the anxiety of not finding inspiration. On other occasions, I simply find myself too busy to dedicate the time to writing up an article. Both problems haunted me after the Brown/Wingate medical mission trip that recently took place in Guachipilincito. August presents as one of those months were the stars align in such a peculiar manner that everyone wants to be in Honduras. Another brigade followed on the heels of Brown/Wingate. The funder for our very extensive and ambitious nutrition program, Mathile Institute with its representative, Greg Rheinhart and his wife Becky, came to the Frontera to visit the families and children benefiting from the program. We are investing in a major expansion of our education program among area schools. And finally, the Board members of our organization came to Honduras for a meeting. With all of this happening at the same time, Laura and I were caught up in the whirlwind. 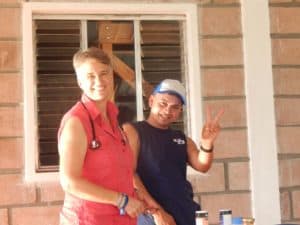 Meanwhile, I was feeling great anxiety over not publishing a blog on Brown/Wingate. Additionally, one brigade participant, David, a talented pre-med student, had extended his stay in Guachipilincito to complete additional service among the community. Laura and I had no time to look in on him, or to wish him happy birthday as it had passed during his time there. But this Wednesday, we were transporting yet another brigade from the Frontera back to the airport in Tegucigalpa. We stopped in Concepcion to pick David up along the way to bring him back to the airport as well. He had been in Guachipilincito over a month so we figured he had a lot of luggage. Our brigade coordinator, Moises, and I jumped from the bus figuring we would need to assist him with his baggage. What an amazing site! David walked towards us, a light backpack strapped to his back and a water bottle and hat in his hand. He looked as if he were going to the corner store, rather than taking an intercontinental journey. The sight of him froze me in my tracks, and I knew there was something of tremendous value in this visage upon which I would need to reflect.
“Take nothing for your journey, no staff, nor bag, nor bread, nor money; and do not have two tunics. And whatever house you enter, stay there, and from there depart. (Luke 9.1)” Fear not, I do not intend to preach, at least not in any religious sense, though I used to do that for a living. I might have just as easily said, “I have always depended on the kindness of strangers (Scarlett O’Hara in Gone With the Wind).” David’s confidence, his willingness to shed the false security of things for a conviction in the goodness of relationship, is a witness of which I and the world have great need. Here I am running around for the past three weeks, investing in the complexities of negotiations and intense communications, carrying a ton of baggage both literally and figuratively, and this young man walks lightly and lithely among the humble people of Guachipilincito. Whose journey has more meaning? Who has touched upon the beauty of humanity? Who has witnessed the miracle of compassion and generosity? 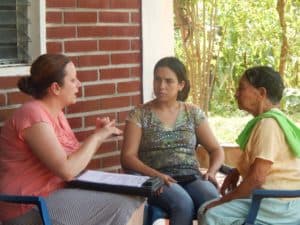 David symbolizes the greatness of many of our brigade experience, and most especially that of Brown/Wingate. Our brigade groups arrive with loads of supplies at the Tegucigalpa airport, bins of medicines and supplies that make their way through customs and are packed into transport vehicles to journey into isolated territories where the people are resourced challenge. The groups have paid extra to move these items and it has cost them time and energy for planning and execution. We place great value on the things we tote, while we essentially ignore those who do the toting. But when these groups leave, they are unburdened, having used up or gifted the supplies. They are depleted, or seemingly so. Yet, I would contend that they are the ones who have been enriched as much if not more so than the ones who have benefitted from their service and generosity. 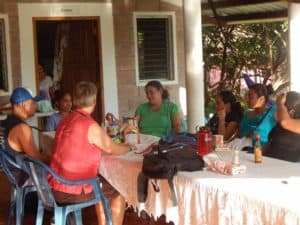 Brown/Wingate saw hundreds of patients, gave away hundreds of dollars of medications, trekked across step winding paths to visit the elderly and infirmed confined to their distant homes, fulfilling their well-planned mission of compassionate service. They unburdened themselves with the absolute joy realized in generosity. Giving presents as an exercise in addition and subtraction; something taken away from one to the corresponding gain of another. In fact it is an exercise in multiplication where value expands exponentially. I wonder sometimes who benefits more from generous compassion, the one receiving or the one giving? Then again, even that is my need to judge and quantify as if even compassion becomes a measured competition. Perhaps it is only the matter of walking joyfully unburdened. 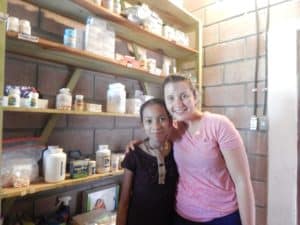 Thank you David and thank you Brown/Wingate. Thank you Guachipilincito. All of you have given witness of the beauty of humanity. How enriched we are when we realize how little we need.
On August 12, 2016   /   News